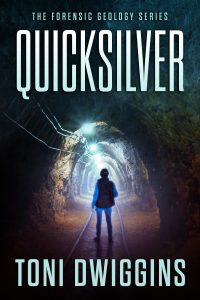 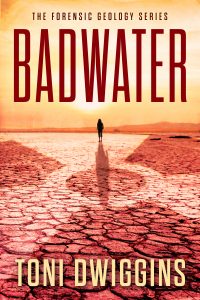 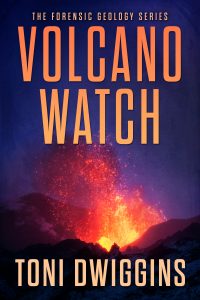 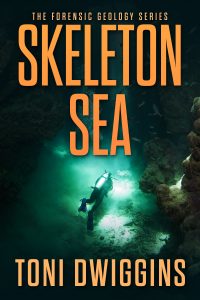 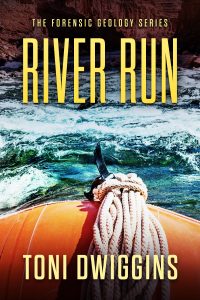 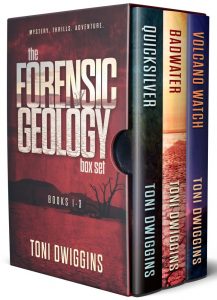 A young man disappears in the Mother Lode wilderness. He leaves behind a gold-flecked rock and a vial of toxic mercury. He is a misfit in the modern world, a throwback to the Gold Rush days.

Following one of the ‘lost rivers’ of California, the geologists plunge into the dark history of the legendary lands, into the dark past of the brothers, into a poisonous sibling feud that threatens both lives and the land.

And they are not the only ones on the hunt.

Death Valley earns its name when a terrorist threatens to unleash lethal radioactive toxins — in America’s most fragile national park.

Forensic geologists Cassie Oldfield and Walter Shaws embark on a perilous mission to find and stop the terrorist. But this hunt pushes them to their limits. The summer desert is brutal. The material they seek is hotter than the desert in August–and they are each particularly vulnerable to its effects.

As the hunt turns dangerous, Cassie and Walter learn that they are up against more than pure human malice. The unstable atom–in the hands of an unstable man–is governed by Murphy’s Law. Whatever can go wrong, will go wrong.

NO WAY OUT — so says the note in the pocket of the murdered mayor.

The volcano beneath her town is seething, and the fate of Mammoth Lakes now rests in the hands of emergency planner Adrian Krom. But Krom has his own agenda.

Investigating the case, forensic geologists Cassie Oldfield and Walter Shaws track mineral clues to discover how the mayor died–and what she found. As the volcano moves toward red alert, the geologists race to prevent ‘no way out’ from becoming a prophecy.

When a boat is found deserted off the California coast, it looks to be a simple fishing accident. But there is nothing ordinary going on here. The geologists track the strange incident to an even stranger project. Someone with toxic skills is at work in this sea.

Cassie and Walter are forensic pros–but they are up against a master in an undersea world where they don’t belong. They must face their deepest fears in order to end this project.

If they fail, lethal creations will be unleashed. Unstoppable.

There are plenty of ways to die in the Grand Canyon.

The only clue to the fate of the rafters is a bag of pebbles caught by the bow line. Following that clue, the geologists uncover a hellish scheme. Not only are the rafters in peril, but the river itself is under attack.

The race to stop it takes Cassie and Walter deep into the canyon, and onto the mighty river, putting their own survival at stake.